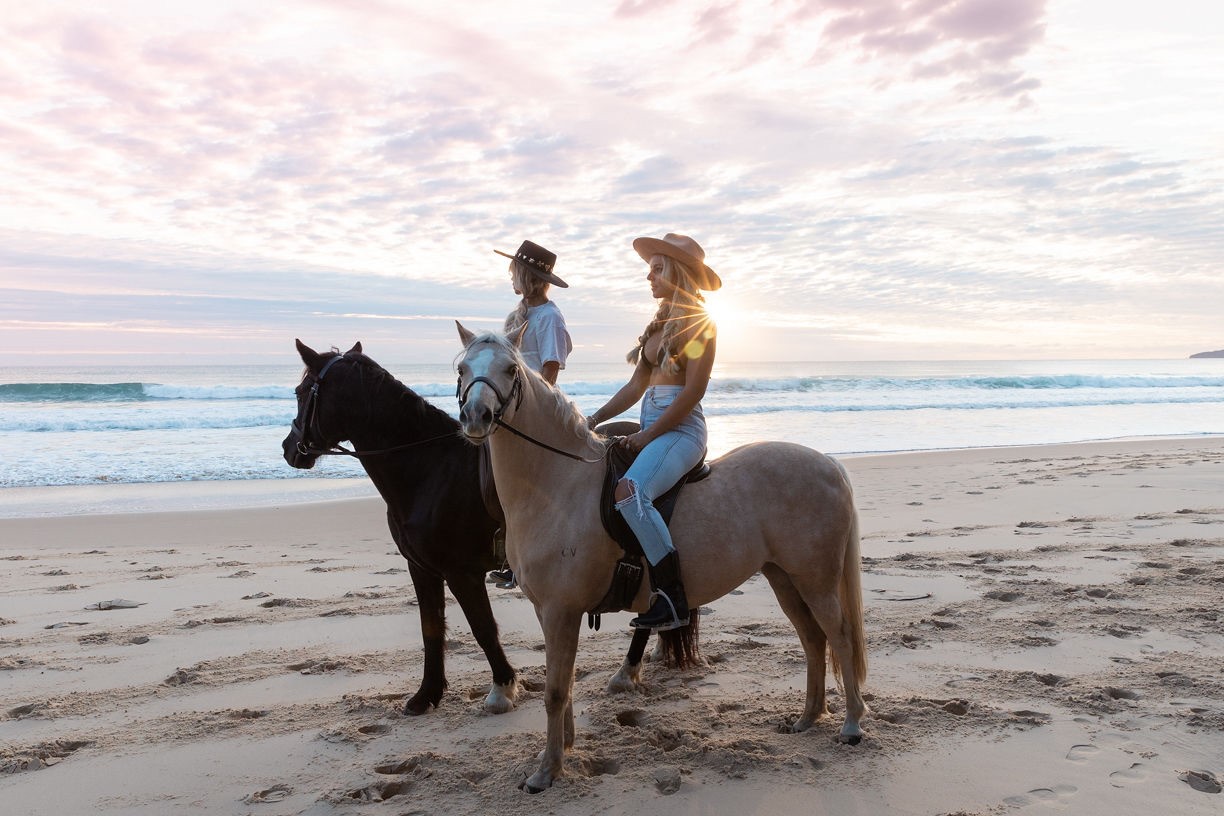 Pam Stewart, of Xtreme lengths Salon, on Sunshine Coast spoke with Great Lengths about her latest collection and our collaboration named Stay Wild.

Let’s talk Stay Wild. What is this inspiration?

My inspiration for the Stay Wild collection was the desire to show women being natural, and being themselves -and comfortable in that. Everything about the shoot was as natural as it could be, from the deserted Rainbow Beach, to the way we collaborated together (It was me and friends and clients!). It was simple, it was beautiful.

I also wanted to show that Great Lengths is about the freedom of having beautiful hair. I meet so many women who suffer with the maintenance and stress of having to style their hair constantly to conceal their wefts or tapes.  I really wanted to show that with Great Lengths it’s truly effortless and gives you this timeless finish.  So many women don’t know that with Great Lengths you can go to the gym in them, you can air dry them, you can hit the beach and go out on the town hall without touching your hair. This is the essence of being natural and free, and I really wanted to capture that and Stay Wild.

This beach just showcases the best of Australia, were where you?

We did all of the shoots at Rainbow Beach, north of the Sunshine Coast, in Rainbow Bay. Being there is so inspiring for me. It’s like you’re on another planet. No one is around you and the feeling is absolutely freeing.

There’s definitely something about freedom of expression in this collection.

Absolutely. It’s about owning it. You know everyone is different, some of us are copper, some of us are brunettes, some of us are size 6 or 26. It’s about making our own path in beauty.  It’s about coming to terms with acception ourselves and doing things that make us inwardly happy. This is what I am so passionate about. You know, these women walk into my salon and they feel good. But when they walk out they feel invincible, like Beyoncé. The experience is beyond their expectations and it’s amazing to be able to provide that.

I also have clients who are going through enormous struggles in their personal lives and sometimes hair extensions just lift their spirits. For example, I have one client who is suffering from cancer. She mentally feels she can cope with the treatment if her hair feels good. It gets her through.  Honestly, as a hairdresser I do feel that feeling good about your hair it makes you feel good about yourself.

In Stay Wild I wanted to express that sense of freedom and confidence about being the best version of some of yourself. The reason for the campaign is about pulling the best out of every woman that walks through my salon door. 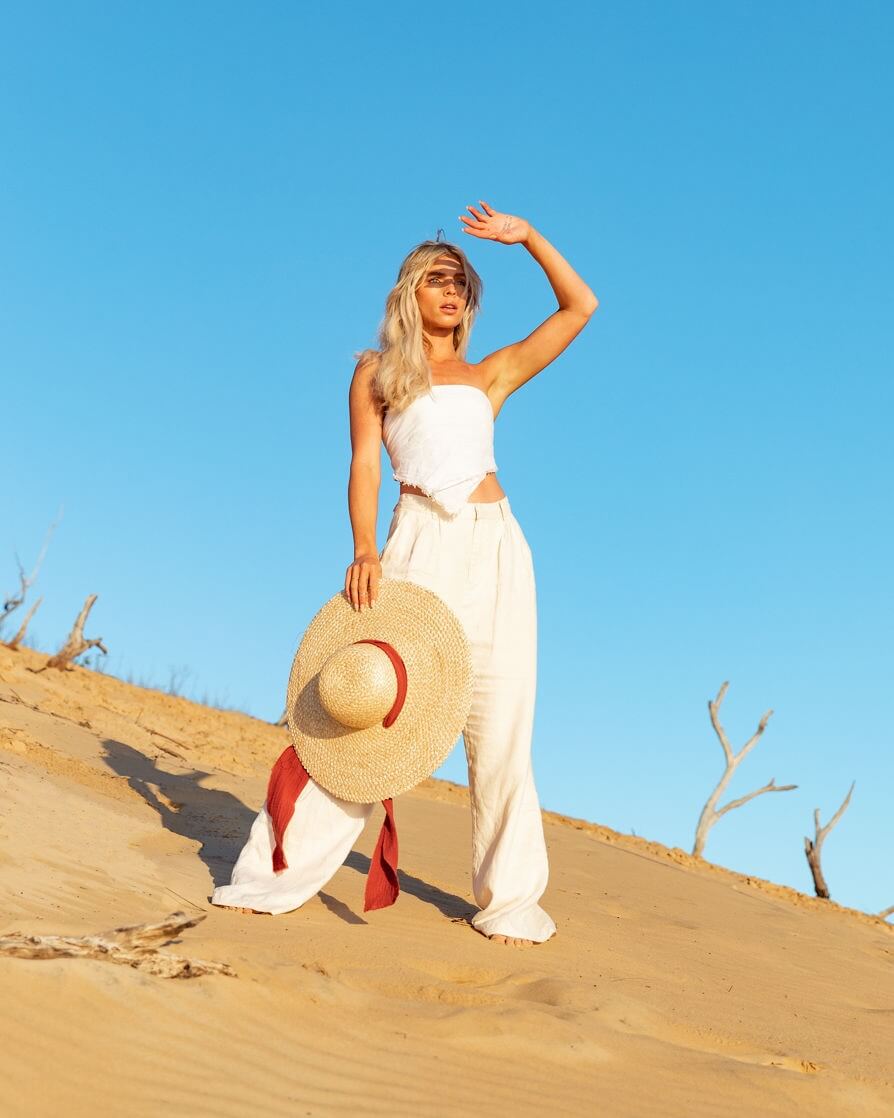 What’s the perception of hair extensions in the Sunshine Coast?

It’s funny you ask that, because so many women think that hair extensions aren’t for them because they have such an active outdoor lifestyle.  As well, they are time poor, we are all time poor, but they want to be the best versions of themselves.  I guess they figure that either they can’t have the hair they’ve always wanted, or that it takes to much care.

But every time I put hair extensions into a woman’s hair I love that moment where they almost appear as if they’re reborn. They say, “Oh my god! This is the hair I always wanted”.   In actual fact, because there’s more hair, and because there’s a natural wave to it, it’s often easier for them to maintain then just own hair.  There’s also a misconception from women who have had tape extensions, that keratin bonds are much more expensive. The reality is if you go to a salon in the Sunshine Coast every 6 to 8 weeks to have your tapes moved up, you’re probably paying more than to get one set of Great Lengths keratin bond hair extensions that will last for months and months.

What do your clients think about your shoots?

Since doing more of the shoots, I’m getting more and more clientele. Not just new customers, but customers that say “I want that, when can I have a done”? My clientele is consistently growing and I see these shoots as an investment. As well, it creates a buzz and you know they say it attracts your tribe… In another sense it creates curiosity. For example, if you look at the shoes you don’t know that there are extensions.

Since doing more of these, I’m starting to get a quality of customer who wants “I want that, when can I ahve it done”.  my clientele is consistently growing so I see it as an investment.  I’m attracting more and more.  It’s what I’ve always wanted. It comes down to the natural movement of the hair in the video. My clients say they cannot wait to see what we do next. It’s creating a buzz…. attracting your tribe.

It also creates curiosity too. You can see in the videos and photos that there’s no way you would know it there where extensions used. Because Great Length’s hair is pure Indian hair, it has the same wave and bounce and it just moves in the breeze like your own hair. It’s so easy have having quality hair and being able to use it for all its versatility. I would never use any other hair and part of that reason is because it’s cheaper extensions don’t move naturally.

Shout out to the team?

This is about energy.  Tracey Norton who inspired me to do this.  Massive shout out to Ella Tubeman at Ella Tubeman Films. She only had 48 hours to prep for the shoot. Big thanks to models Holly, Morgan and Kirra.  I’ve known them for years and they are incredible in front of the camera without even saying a word. Lastly, Sarah Hoolihan with the beautiful horses. She got up at 3 AM, floated them on a boat across to the beach, it was quite the journey!

The best hair extensions in the Sunshine Coast

Xtreme Lengths Salon, located in the Sunshine Coast, is a Gold Member Great Lengths hair extension partner. Looking after women stretching from the coastal city of Caloundra, near Brisbane, to edges the Great Sandy National Park, Pam’s salon looks after her extension clients.  If you are looking to get the best and highest quality hair extensions on the Sunshine Coast, book in with Xtreme Lengths Salon.  And don’t forget to stay wild.

Why so many questions?

The Best Hair Extensions in the Gold Coast: The Guide
Scroll to top